LAS VEGAS — Alexander Volkanovski is usually a cool customer. He has never really had any personal issues with an opponent. Until now, that is.

It’s clear Brian Ortega got under the skin of Volkanovski when they were coaching opposite one another on The Ultimate Fighter over the summer. On Thursday during their news conference stare-down, Volkanovski brought up Ortega’s 2014 positive drug test. The tensions were extremely high.

On Saturday, the two men will finally settle their differences when Volkanovski defends his UFC featherweight title against Ortega in the main event of UFC 266 in Las Vegas. The bout was initially scheduled for UFC 260 in March, but Volkanovski tested positive for COVID-19, forcing things to be pushed back.

Volkanovski (22-1) has won all of his nine UFC fights. The Aussie is coming off a split decision win over Max Holloway at UFC 251 in July 2020, his first title defense. That was a close one and many thought Holloway was the true winner. Volkanovski, 32, hasn’t lost since May 2013, his fourth pro fight. He beat Holloway to win the title at UFC 245 in December 2019.

Ortega (15-1, 1 NC) is coming off a unanimous decision win over Chan Sung Jung last October, a comeback victory for Ortega, who had been out nearly two years. The California native has only one career loss and that also came in a featherweight title fight, against Holloway at UFC 231 in December 2018. Ortega, 30, holds a 7-1 (1 NC) record in the UFC.

In the co-main event, Valentina Shevchenko will try to continue her dominant run as UFC women’s flyweight champion against challenger Lauren Murphy. Shevchenko (21-3), a 33-year-old Kyrgyzstan native fighting out of Las Vegas, is ESPN’s No. 2-ranked women’s fighter in the world. Her only UFC losses have come against Amanda Nunes, the pound-for-pound queen and double champion. Murphy (15-4), a 38-year-old Alaskan fighting out of Houston, has won five in a row.

Also on the card, Nick Diaz returns after a layoff of more than six years to take on old rival Robbie Lawler in a five-round middleweight bout. Diaz and Lawler fought way back in 2004, with Diaz winning by second-round knockout at UFC 47. Diaz (26-9, 2 NC), a 38-year-old from California, is a wildly popular former Strikeforce champion looking for his first win since 2011. Lawler (28-15, 1 NC), a 39-year-old fighting out of Florida, has dropped four straight. He is the former UFC welterweight champion.

Team Diaz is not off to a great start.

Semelsberger absolutely starched Sano with a monstrous knockout at 15 seconds of the first round. This is Semelsberger’s second consecutive quick KO in three fights. He knocked out Jason Witt in 16 seconds in his UFC debut in March. This was the UFC debut for Sano, a longtime teammate of Nick Diaz.

“It felt amazing,” Semelsberger said in his postfight interview. “But honestly, man. I’ll take the quick knockout. But … I was coming in ready for a war.”

Afterward, Semelsberger said he’s coming up on the final fight of his contract.

What. A. Punch! from @SemiTheJedi

“I’m ready for whatever you throw at me,” he said. Semelsberger, 28, is now 3-1 in the UFC. The Maryland native is a grappler, but he clearly has one-punch knockout power that must be reckoned with.

Sano, a 30-year-old California native, is winless in four straight.

Pearce went right after Morales at the start, but was met by a couple of sharp left jabs and a straight right hand. So Pearce went to Plan B and he wore down his opponent with relentless grappling to earn his second straight finish.

Pearce, who is 29 and from Tennessee, trapped Morales against the cage for much of the rest of the fight, taking him down and, when Morales worked his way back to his feet, taking him down again. By midway through Round 2, it appeared that Morales was unable to put up much resistance. While on Morales’ back while standing, Pearce sunk in a rear-naked choke to get the tapout at 3:31.

Morales, a 35-year-old Venezuelan fighting out of South Florida, has lost two of his last three after winning the first 10 fights of his career. 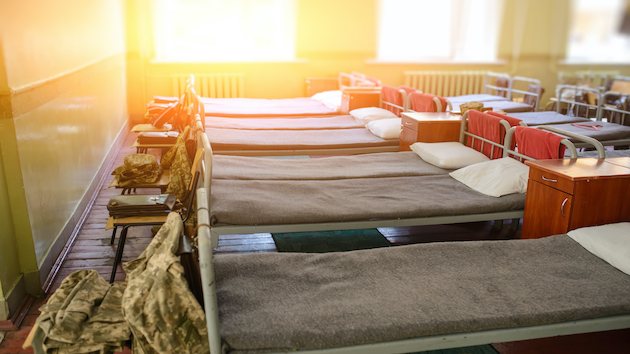