(NEW YORK) — In January, when President Joe Biden took office and Democrats secured both chambers of Congress, millions of Americans had high hopes that the laundry list of causes touted on the campaign trail would become reality.

They had promised action on voting, elections and policing reform, on immigration and infrastructure. They touted sweeping programs now in Democrats’ social spending bills, addressing issues they said Americans care about most, from child care to climate change.

But this week’s failure by Senate Democrats’ latest effort to even start debate on a voting rights bill, their first piece of legislation to pass the House, is just the latest blow to Biden’s campaign agenda and the vow Democrats made to preserve Americans’ most fundamental right in the wake of the 2020 election’s “Big Lie.”

Many Democrats who expected more are frustrated.

“You’ve got real Americans that have spent time and energy in promoting supporting these plans,” said Domini Bryant, a social worker in Houston told ABC News. “I don’t have time to deal with the political rhetoric that is happening in our world right now because all that is happening is real people — real working people — are getting dumped on.”

“We’re still allowing ‘Big Lie’ rhetoric to reign supreme when you have real issues happening out here, like the fact that there have been millions of dollars put towards this pandemic recovery yet you still have thousands of people homeless right now,” she added.

It’s no secret Biden and congressional Democrats are having trouble with their own self-imposed deadlines — such as missing policing reform by the anniversary of the death of George Floyd in May, although a majority of Americans say major changes are needed to policing.

Since Democrats control both Congress and the White House — why haven’t they been able to achieve their legislative priorities? With Biden’s approval rating sinking, and congressional midterms nearly one year away, experts ABC News spoke with are predicting Democrats could pay a high price for their perceived inaction.

“Most Americans believe that government should be helping solve our problems and that compromise is better than obstruction,” said Jennifer Lawless, a political science professor at the University of Virginia. “But the incentives for our elected leaders to do compromise has dissipated, creating a vicious cycle where we’re seeing less action on what the average American wants. By the same token, there’s also a very, very little incentive for the elected leaders to deliver moderation, because there’ll be primary, and they’ll lose.”

Frances Lee, a political scientist and professor at Princeton University, said that although this Congress is deadlocked on high-profile legislation, it has been productive in responding to coronavirus crisis, pointing to the American Rescue Plan passing in March — although it did so without any Republican support.

“It’s a tale of two cities,” she told ABC News. “On the one hand, this Congress has impressive crisis response, and on the other, a stalemate on issues that aren’t necessarily connected to that crisis.”

Shortly after Barack Obama was elected in 2008, Senate Minority Leader Mitch McConnell said the “single most important thing” for Republicans was to make him a one-term president. McConnell would go on to do everything possible to prevent Obama from achieving major legislative wins.

“And that’s basically been the strategy that the Republicans have employed for the last 12 years,” said Lawless.

“It doesn’t matter if the Republicans could also claim credit for something that will be good for the American people or advance the economic interests of their state or their district. Republicans are now viewing any Democratic victory as separate and apart from their own interests,” she said. “This has now become a sort of permissible way to govern, whereas prior to that point, I think most legislators would not have wanted the American people to know that they were more interested in obstructing than they were in governing.”

That kind of strategy makes bipartisanship and cooperation exceedingly rare, experts said, and in many cases, not even pursued, which has heightened internal strife in the parties.

“Thirty years ago, forty years ago, if you had two members of your own party who weren’t in love with a bill, you’d cross party lines and you’d see if you could find some allies there, but that’s just not a viable strategy anymore,” she added.

She said the current stalemate over raising the debt ceiling provides the perfect example of McConnell’s strategy.

Republicans for months have said that Democrats would need to act on their own to raise the debt limit because they have total political control of Washington and are planning to pass a multi-trillion social and economic package with zero input from Republicans.

“They’ve made the case to their constituents and to Republican voters across the country that doing nothing is better than governing from the ‘socialist left,'” Lawless said.

Democrats, meanwhile, have argued raising the debt limit is a bipartisan responsibility, in part, because it covers spending that already took place under the Trump administration with unified GOP support.

A recent poll from Politico/Morning Consult suggested that public opinion may not push either party to change direction. Overall, 31% of registered voters said they would mostly blame Democrats if the country defaults on its debt, while 20% said they would primarily blame Republicans. Thirty-nine percent said they would blame both parties equally.

“We expect our elected officials to deal with complicated issues like that,” said Jeremy Gelman, who wrote the book, “Losing to Win: Why Congressional Majorities Play Politics Instead of Make Laws.” “But making it seem like your opponents don’t have it together, that’s good politics.”

Loyalty to the filibuster

With a majority in the House of Representatives and Vice President Kamala Harris holding the tie-breaking vote in the Senate, Democrats could, in theory, pass their legislative priorities without Republican support.

But not while the Senate filibuster rule stands in their way.

While legislation dealing with the budget can go through the reconciliation process and pass without GOP support, as was done with the American Rescue Plan in March, the Senate requires 60 votes for “cloture” — to end debate on a piece of legislation so it can proceed to a final vote, which then, in most cases, requires a simple majority to pass.

In short, without 60 Senate votes, a piece of legislation doesn’t even have a chance of being voted upon.

“That means that unless there is complete unity among Democrats in the Senate, the bill is already a non-starter. Every single member can hold a package hostage for their litmus tests,” Lawless said. “And on bills that can’t go through the reconciliation process, without 10 Republican votes, they’re dead on arrival.”

For four months under Obama, Democrats did have 60 votes in the Senate and, therefore, total control of Congress. It was during that slim window that Obamacare passed in the Senate with all 60 Democratic votes.

Progressives in 2021 argue Democratic Sens. Joe Manchin and Kyrsten Sinema, who call themselves moderates and have staunchly opposed ending the filibuster, should help carve out an exception to push over the line key reforms, especially on the fundamental issue of voting rights, that they and fellow Democrats were elected to pursue. But Manchin and Sinema have refused to budge, arguing making an exception could backfire if Republicans take back control of the Senate.

“They’ve certainly articulated legitimate reasons why they are reluctant to make these exceptions,” Lawless said. “But in this political climate, it seems tone-deaf not to do it.”

While Americans might expect that unified government — as Democrats have now with the White House and Congress — Lee said that it’s more normal for parties with total control to face hurdles delivering on their agendas.

As evident by Democrats’ current stalemate on the social spending package, Lee argued parties are not as unified on many issues as they might claim to be with voters.

“It’s the reality we’re seeing now,” said Lee. “They get elected in these separate states and districts, and they differ in their political priorities and coloration, so it’s very hard for them to get on the same page.”

House progressives have vowed to vote against a bipartisan infrastructure bill — which received 19 GOP votes in the Senate — unless a deal is reached with Senate Democrats and the White House on a larger spending package involving social policies which they plan to pass through budget reconciliation.

“We make these promises to people, and they’re expecting us to deliver on them,” Jayapal told CNN this month.

Every unified government since the Clinton administration has failed on at least one of its top priorities due to internal dissent, not due to the filibuster, Lee said.

Gelman added that party leaders will pursue policies they know will fail — as Senate Democrats did on voting rights — in order to make a political statement.

“They also know that those are popular policies with their voters. They need to have solutions that they can offer in the future, and they think it’s probably politically valuable to show off the Republicans as being obstructionists,” he said.

What makes it especially difficult to govern in the current Congress are the razor-thin margins in both chambers. Comparing this Congress to the previous ones with the unified government, Lee said the current political climate is more difficult than most because there are “no votes to spare.”

Democrats and Republicans currently have 50 seats each in the Senate, with Harris serving as the tie-breaker vote. The margins are tight in the House too, where most legislation needs a simple majority, with 220 Democrats and 212 Republicans.

“Parties have trouble advancing bold legislation even when conditions are more favorable — and they’re just not very favorable for either party right now,” she said.

She compared the current margins to those under former President Bill Clinton when tried to reform health care in 1994, but without 60 votes to end a GOP filibuster, the effort failed.

Lee said it’s the norm for “about half of all a party’s agenda items to fail,” so Americans should actually expect those failures to be higher in a Congress with super narrow majorities as is the case now.

With critics saying Republicans are playing a game of chicken on the debt ceiling, experts say Democrats are also playing a dangerous game with their political future.

“If with unified control the Democrats are unable to push forward Biden’s agenda, then it’s hard to imagine that they’ll get anything that they want between 2022 and 2024,” Lawless said.

It’s also a time in Washington of arguably unprecedented polarization, in the wake of the 2020 election and Jan. 6 attack on the Capitol.

With the influence of cable news, and social media, lawmakers can get stuck in an echo chamber with their own supporters instead of trying to appeal to a broader cross-section of the country.

“We’ve reached a point in time where our political communication is so partisan and so polarized, that it’s hard even to blame the average American for not knowing the alternative viewpoint,” Lawless said. “They’re not exposed to it.”

Despite the division, experts said compromise remains the most effective way to pass changes in the world’s greatest deliberative body.

“We’re constantly sort of bombarded by messages from the politicians themselves that everything’s so divisive,” Gelman said. “But the reality is, legislating in this system of government requires bipartisanship.”

Greg Lee, a technology consultant in Columbus, Ohio, who used to identify as a Republican but is now votes Democratic, said the American people are left to suffer while lawmakers on both sides take things to political extremes.

“They’re not doing a good job of balancing their constituents needs with their desire to be reelected,” he said. “Congress should be a collaborative body, not a win at all costs game.” 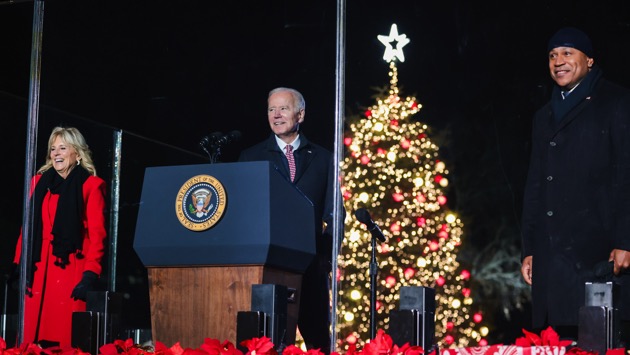 Competitive congressional races on decline due to new redistricting maps 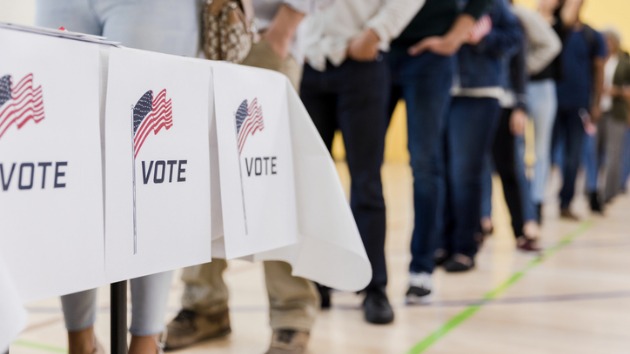 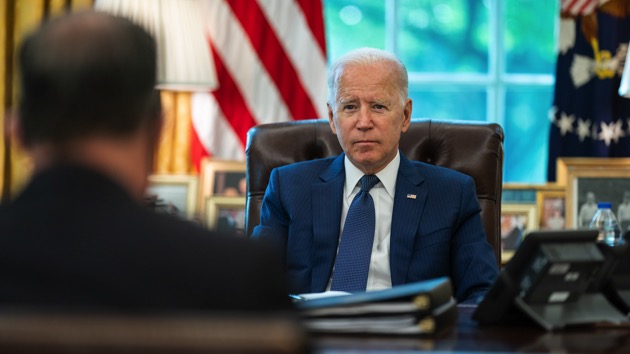 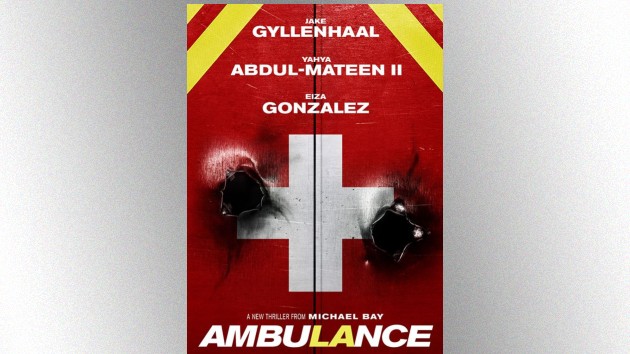