Terry Crews just can’t get enough. Maybe he’s into S&M because we can’t understand why anyone would willingly put themselves in a position to take this sort of punishment unless they REALLY enjoy it. Or maybe Terry is just a headass. In either case, we would very much like him to cease and desist all nincompoop activities indefinitely.

Today, Terry logged the latest entry into his clown canon:

It got so bad that Martin Luther Tha King Jr.’s youngest daughter had to jump in and put the finger to the face.

We’re so far from that bridge, Terry. #BlackLivesMatter is, in part, a rallying cry and a protest slogan to galvanize people into doing the justice work needed to derail the deaths, dehumanization and destruction of Black lives that racism causes.

Justice is not a competition. https://t.co/Cdfac2V7M6

Though the King legacy is non-violence, dear sista Bernice could not stop the 280-character assault that was about to befall Terry…

Can you just shut the fuck up for one day @terrycrews? You are disappointing as hell. “I shole hope us black folks don’t offend massa by ending up better!” lookin ass. What are you doing?

You most of you already know. Terry has a long history of saying the dumbest things possible. Maybe it’s part of his religious practice. Who knows? But what we do know, without a shadow of a doubt, is that Terry Crews’ most pressing concern is the way white people feel. He doesn’t care what you do as long as you keep white folks as happy as humanly possible. If Quentin Tarantino really does a D’Jango sequel, we demand that Terry Crews be cast as Stephen’s (Samuel L. Jackson) son. He won’t even have to audition. Hell, he might not have any written lines. Quentin can just pat him on the butt and tell Terry to be himself.

Lamar Odom Gets A Tattoo For “Wife” Sabrina Parr 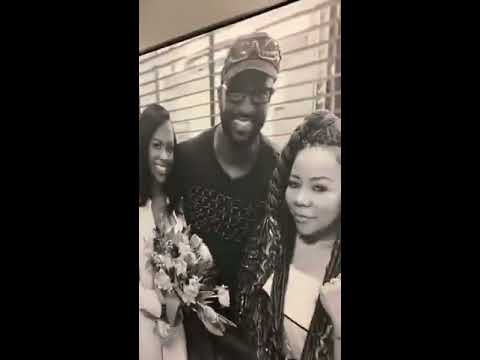