T-Pain is letting fans on what really goes on behind the scenes of the music business…and it’s not as salacious as you might think.

Over the weekend, a video clip surfaced that features T-Pain sharing a story while streaming with fans about his interesting encounter with Travis Scott in the studio a couple years ago.

After that, Pain ended up getting some better speakers into the studio that same night so the session could continue. He went on to talk about Travis playing him some then-unreleased tracks off his album, Astroworld.

“[Travis] just kept showing me s**t and showing me s**t. I was like, ‘You know what? This is motivating me. I’ma try to make some s**t.’ I started going in about how I do production. The whole time I’m looking at my computer…Then I turned around. Everybody in the room f***ing sleep. Knocked the f**k out.”

Luckily, T-Pain didn’t sound like he was upset about the incident, he more so marveled Travis’ ability to fall asleep while standing upright.

“Travis is also somehow sleep standing up,” T-Pain continued. “Don’t know how. Can’t f***ing tell you. Don’t know what the f**k happened. Bro, I was only talking for like three or four minutes.”

Check out the hilarious clip for yourself down below:

Everything Migos Said On “The Rickey Smiley Morning Show” (2017) 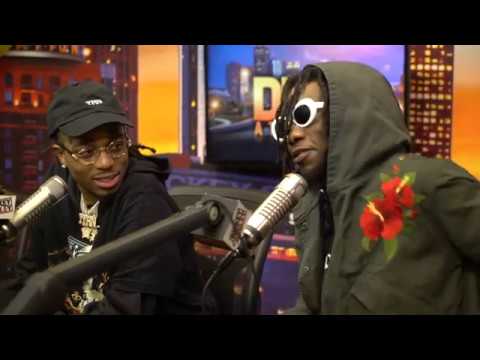