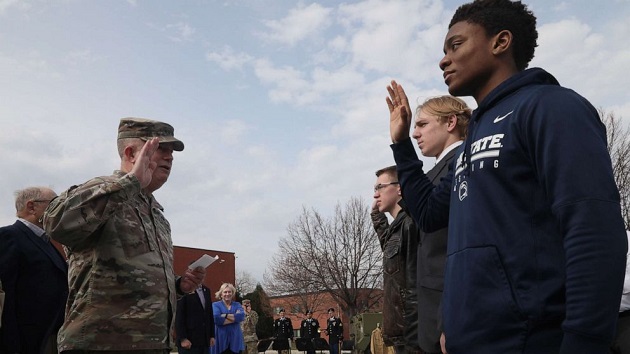 U.S. Army Reserve (WASHINGTON) — The U.S. military has a recruiting problem, with a former senior military official telling ABC News the viability of the all-volunteer force could be at stake. Pentagon data show a simple, troubling trend: Fewer and fewer young Americans want to serve, and due to obesity and other problems, fewer are qualified. […] 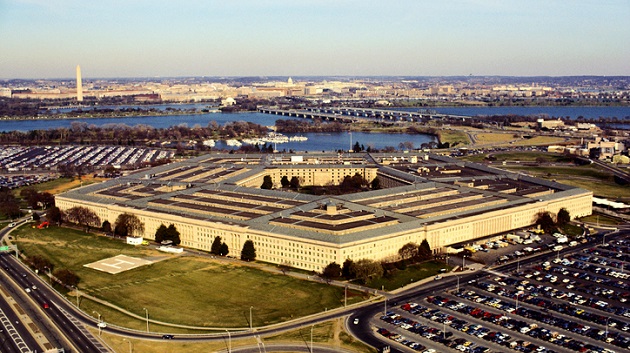 Glowimages/Getty Images (WASHINGTON) — U.S. forces killed a senior terrorist leader in an airstrike in Syria on Monday, according to military officials. U.S. Central Command (CENTCOM) said the target of the strike, Abu Hamzah al Yemeni, was a senior leader of an al-Qaida-affiliated terrorist group known as Hurras al-Din. The leader was riding alone on […] 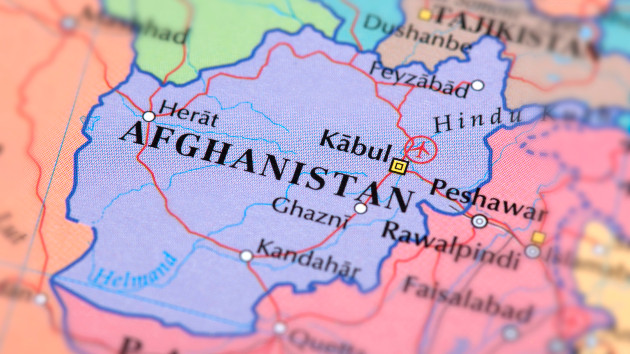 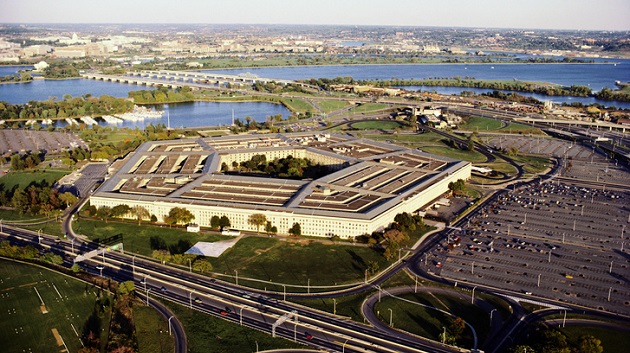 Glowimages/Getty Images (WASHINGTON) — The military has identified a U.S. service member as a “possible suspect” in an April 7 attack in Syria that injured other American troops, an official said Monday. The Army Criminal Investigation Division (CID) and Air Force Office of Special Investigations (OSI) are conducing a joint investigation into the incident. (The […] 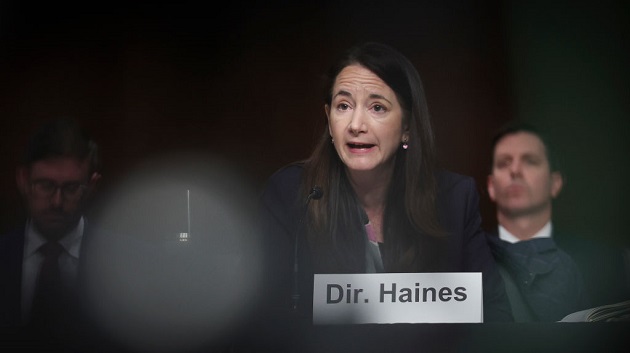 Win McNamee/Getty Images (WASHINGTON) — Russian President Vladimir Putin is preparing for a “prolonged conflict” in Ukraine, and could resort to drastic measures if the fighting doesn’t go his way, according to Director of National Intelligence Avril Haines. During a Senate Armed Services Committee hearing Tuesday, Haines said Putin’s invasion of Ukraine has sent a […] 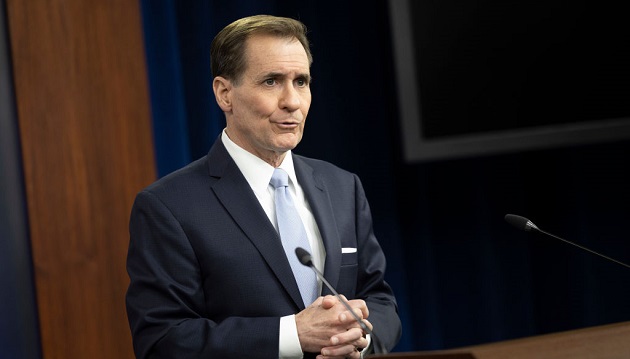 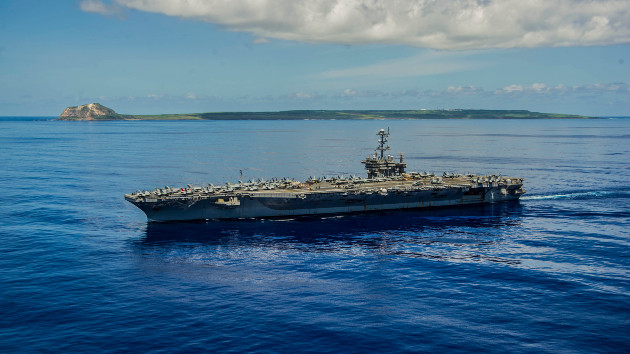 U.S. Navy photo by Mass Communication Specialist 1st Class Trevor Welsh/Released (NEW YORK) — After a series of deaths and suicides among the crew of the USS George Washington, an aircraft carrier dry-docked in Virginia for maintenance since 2017, the Navy will begin allowing hundreds of sailors to live off ship this week. Within the […] 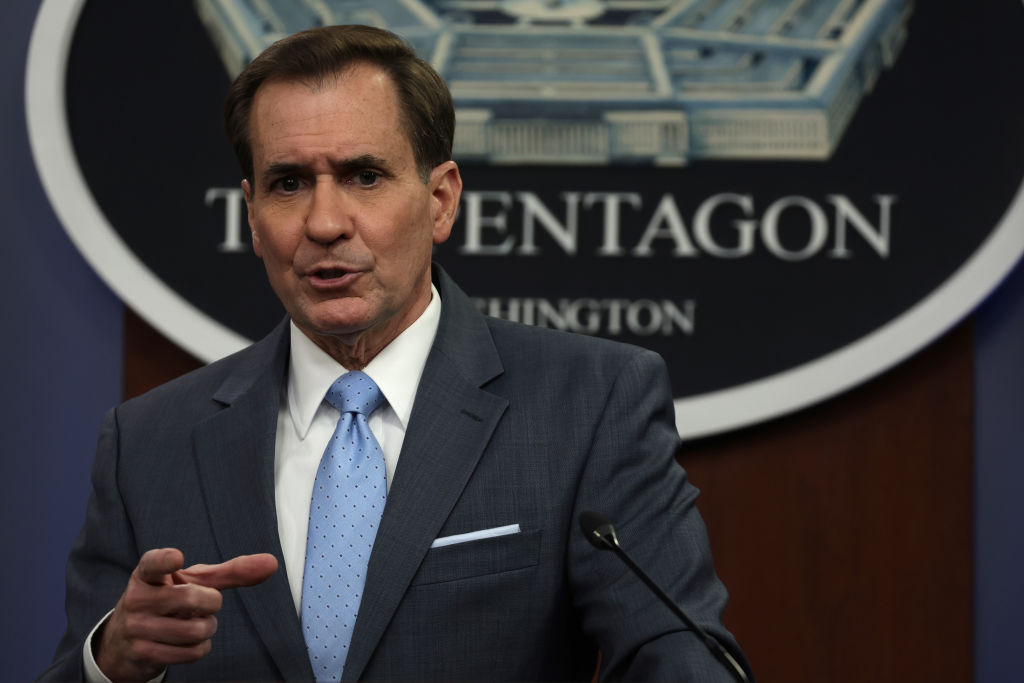 Alex Wong/Getty Images (WASHINGTON) — In a rare show of emotion at the Pentagon, press secretary John Kirby choked up discussing Russian President Vladimir Putin and alleged Russian atrocities in Ukraine during a briefing with reporters Friday. It began when Kirby was asked whether he believes Putin is a “rational actor.” “It’s hard to look […]

The battle for Donbas: Why the weapons the US is rushing to Ukraine are so critical 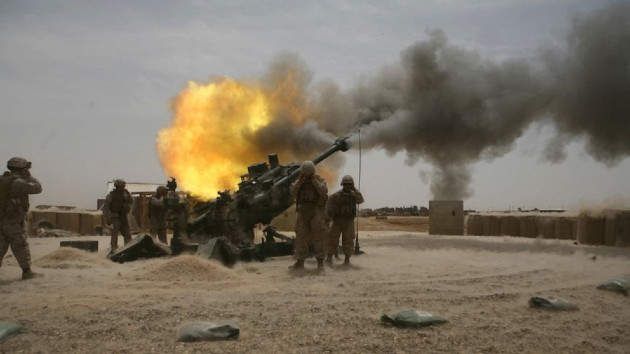 U.S. Marine Corps (NEW YORK) — As Russia’s military gears up for what it hopes will be a decisive victory over Ukraine in the eastern part of the country, the U.S. is rushing to send weapons and equipment needed to hold off the larger invading force in the rural and open Donbas terrain — a […]

If Russia takes Mariupol, forces could be freed to fight in east: Pentagon update Day 54 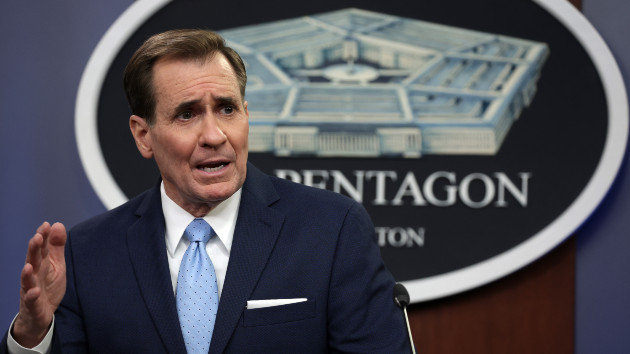 Alex Wong/Getty Images (WASHINGTON) — The Pentagon has been providing daily updates on the U.S. assessment of the Russian invasion of Ukraine and Ukraine’s efforts to resist. Here are highlights of what a senior U.S. defense official told reporters Monday on Day 54: Russia ‘shaping’ the battlefield for renewed offensive There are now 76 Russian […]